The definition of a spin doctor is as follows: a spokesperson employed to give a favorable interpretation of events to the media, especially on behalf of a political party.  Often in my early years I wished for a spin doctor for my life – someone who could give a favorable interpretation of events in my life to me.  But over the past few years I’ve figured out how to do it for myself, and I’m going to tell you my secret.

Why do we need to spin things positively?  Won’t complaining and venting our frustrations make us feel better?  What good is looking at the bright side if nothing changes?  I could write several articles on that – or even a book, but suffice it to say that thinking and speaking positively about our circumstances has the effect of raising our body’s energetic vibration, putting us “in tune” with like positive vibrations and drawing, or attracting, those other positive vibrations to us.  Our circumstances then change to be in tune with the new higher vibrations we have attracted.  Again, I could write volumes on this.  But just trust me, it’s a good idea to see the bright side.  Now, here are four ways to do it:

First, look for the lesson.  When asked about his failure to invent the light bulb, Thomas Edison said, “I have not failed. I’ve just found 10,000 ways that won’t work.”  If you are stressed out and frantic because you are planning a large family event with little help, and all of a sudden you get the flu, don’t think you have failed.  You are learning how NOT to prepare for an event.  Your body is doing you a favor by making you stop.  While you’re lying in bed you have time to think of other ideas for the next time – like starting sooner, scheduling tasks better, asking for input and help from others, etc. Instead of whining and complaining about being sick you can spin your thoughts and words to the positive: “I have been given time to rest, I have family members and friends who are pitching in to help me, and I have learned what to do differently next time.”

Second, look for a possible explanation for your situation that makes you feel fortunate.  Often I am stuck in traffic or inconvenienced by a flight delay.  Instead of complaining, I create in my mind some reason for these difficulties that makes me feel lucky.  I am stuck in traffic because there is an accident ahead.  If I had left earlier I might have been involved in the accident instead of stuck behind it.  My plane is delayed because a serious problem was detected with the landing gear of the plane I was supposed to board and they had to get a different plane with working landing gear.  If you have a good imagination you can come up with some really great stuff.

Third, think of a way to spin toward compassion for others.  If someone yells at you, imagine that they only lash out at others because of abuse they suffered as a child.  If you are bothered by a mom in pajamas with three screaming children shopping at your local grocery store,  think that the kids are sick and she has been up all night taking care of them all by herself because her husband is off fighting in Afghanistan.  Instead of wishing she would leave, offer to buy her groceries.

Fourth, know that something better is coming.  Remember the boy who was shown a stall filled to the ceiling with manure and told to clean it.  He got right to work, knowing that there must be a pony in there somewhere. Think in terms of “one step back, two steps forward,” instead of the other way around.  If you lose your job, start imagining the wonderful job you are bound to get.  If someone steals your computer, think of the newer technology available in the model you will buy with the insurance settlement.  If you remember that your higher power, whoever or whatever you believe that to be, has your best interests at heart and is on your side, you will know that no matter what, everything will work out for you.  Remember that your track record for getting through difficult things is 100%.

Utilizing these four methods of spinning challenges to the positive, you can continuously keep your personal vibration high and open to receiving good things.  You can be your own spin doctor!

A Word From the Founder 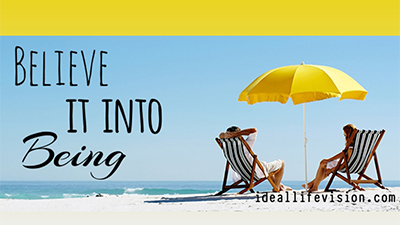