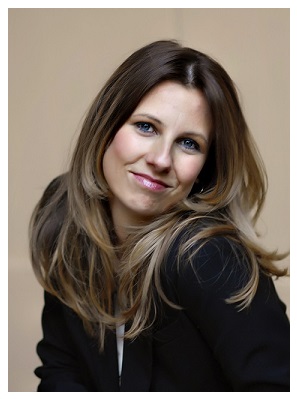 Let the Haters, Hate: Advice from an Approval Addict

Hello my name is Amy and I’m an “approval addict,” recovering with the occasional relapse.

Approval addiction, or the intense desire to obtain approval or avoid rejection from other people, leads to certain habitual behaviors.

I am, for example, a recovering “performer.” In other words, I chased “gold stars” to get people to like me. A lot of women are “helpers.” They swoop in to save the day, never saying no to a request for help. “Chameleons” are shape shifters. They change what they say, how they dress, even the inflection of their voice depending on the company. In my work I’ve actually identified eight different “approval seeking personality types.”

As a performer, my life was a hamster wheel of constant striving — seeking one accomplishment after another. There was always another ten pounds to lose, another person to impress, another task on my to do list.

I was living in a self-imposed prison. Even though I wanted desperately to belong, to be loved, to feel safe in the world… I was trying to be someone I wasn’t, so anxiety was my only real companion.

The gold stars I was chasing were leading me away from the life I really wanted. I was trying to win over people I didn’t like. I was in a prestigious job for the prestige, nothing else. I was letting the bathroom scale dictate my self worth and I was racking up more credit card debt trying to look perfect.

My Life Didn’t “Fit In” with Me

I had created a life that didn’t fit me, just to fit in. I was maintaining a persona that wasn’t me, so I could feel good about myself. But it wasn’t working and I couldn’t figure out why. I thought the solution was to achieve more, lose more weight, do better, be better.

The thing is, it’s normal to want approval. In fact it’s a biological drive.

But “fitting in” is not true belonging. A lot of women don’t feel safe being themselves, so they settle.

They settle by hiding parts of themselves they don’t want other people to know about — their quirks, bad decisions, things other people did to them…

In the old days, an ambiguous comment by my boss, a sour look from a neighbor, the wrong birthday present from a friend, would send me into a state of anxiety.

My reaction was always the same. First, I’d replay the situation again and again in my mind thinking of all the ways I could have done something or said something differently. Eventually I would conclude that I just needed to work harder — to be better, do better, look better.

But the real trick with approval addiction is to stop trying so hard.

The One-Third Rule of Tribes

When my mom passed away six years ago she left me with some very good advice. “Amy,” she said, “no matter what you do, not everyone is going to like you.”

I found it oddly comforting.

So I took her advice and turned it into a coaching tool called the “One Thirds Rule of Tribes:”

If you divide the universe into thirds…

There will always be a third who I call The Haters. No matter what you do, they’ll always hate. They won’t like your shoes. They’ll unsubscribe to your newsletter. They’ll roll their eyes at you behind your back.

There’s another third of the Entire Known Universe I call The Neutrals. No matter what you do, they’ll always be neutral. There’s just no way to dazzle them.

Now, here’s the important part. There’s another third I call Your Tribe. This is your fan base. The more you show up as YOU, uncensored, the more they’ll love on you.

The solution isn’t to continue trying to “be all things to all people.” As you can see, this strategy is a complete waste of time. You just can’t. When you do try to win over the haters and the neutrals, it just leaves you invisible to your tribe. They just won’t be able to recognize you.

My Final Words of Advice

Let the haters, hate. Let the neutrals be neutral. Drop the pressure to do better, look better, be better. Stop settling for a false sense of belonging. Just be YOU so your tribe can finally find you. Once they do, you’ll understand what it really feels like to belong.

Isn’t that what you wanted all along? 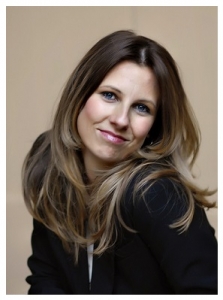 Click here to Find out your approval seeking personality type.

Amy Pearson is owner of LiveBrazen.com. She’s a master certified Martha Beck life coach, a coach mentor and instructor for Martha Beck’s life coach training. She’s a teacher, coach, writer and speaker. A former approval addict (with the occasional relapse), she is now addicted to success. Her mission is nothing short of world peace by empowering every woman on a mission to magnify their tribe, make great money and an epic impact while doing their unique thing in the world.